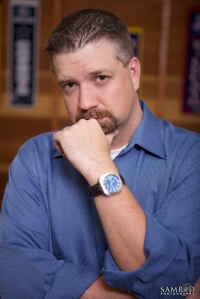 Clayton Hamilton has worked in television and film production for over 20 years. He both wrote and acted in the Emmy Award winning show Spin City, and has worked on Emmy Award winning shows such as Sex & the City and The Amazing Race. Clayton’s other television credits include Cosby, Dog City, City Kids, and The Street. His feature film credits include Deep Impact, Red Corner, Gangs of New York, How To Los A Guy In 10 Days, Raising Helen, Isn’t She Great, Living Out Loud, The Squeeze, Think Like a Man 2, and Mall Cop: Blart 2.

A life-long sports fan, Clayton has experience in baseball, basketball, fencing, cycling, cross-country, track and field, and roller hockey. He worked for the Prestige sports agency as a player representative and scout, representing a number of minor league baseball players including Everth Cabrera, Wilton Lopez, Luis Durango, Luis Martinez, Simon Castro and Domingo Santana. His vast baseball experience includes completion of the 2011 Major League Baseball Umpires Training Program. Among his other endeavors, he worked the World Series of Poker in Las Vegas in both 2011 and 2012.

As an avid fan of the Yankees, Jets, Browns and THE Ohio State University, he hates every team from Boston, Philadelphia and the entire State of Michigan.