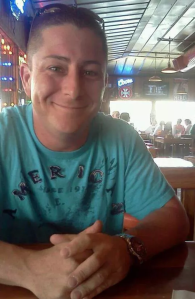 Steven Clark was born and raised in Columbus, OH. He grew up playing football, baseball and running track. After high school graduation, Steven traveled the country and world while serving in the United States Army as a helicopter crew chief. After seven years of service, Steven was honorably discharged and settled down in western Tennessee; eventually working in distribution for the largest auto parts retailer in the country.

In his spare time, Steven enjoys listening to live music, the outdoors and spending time with his family.